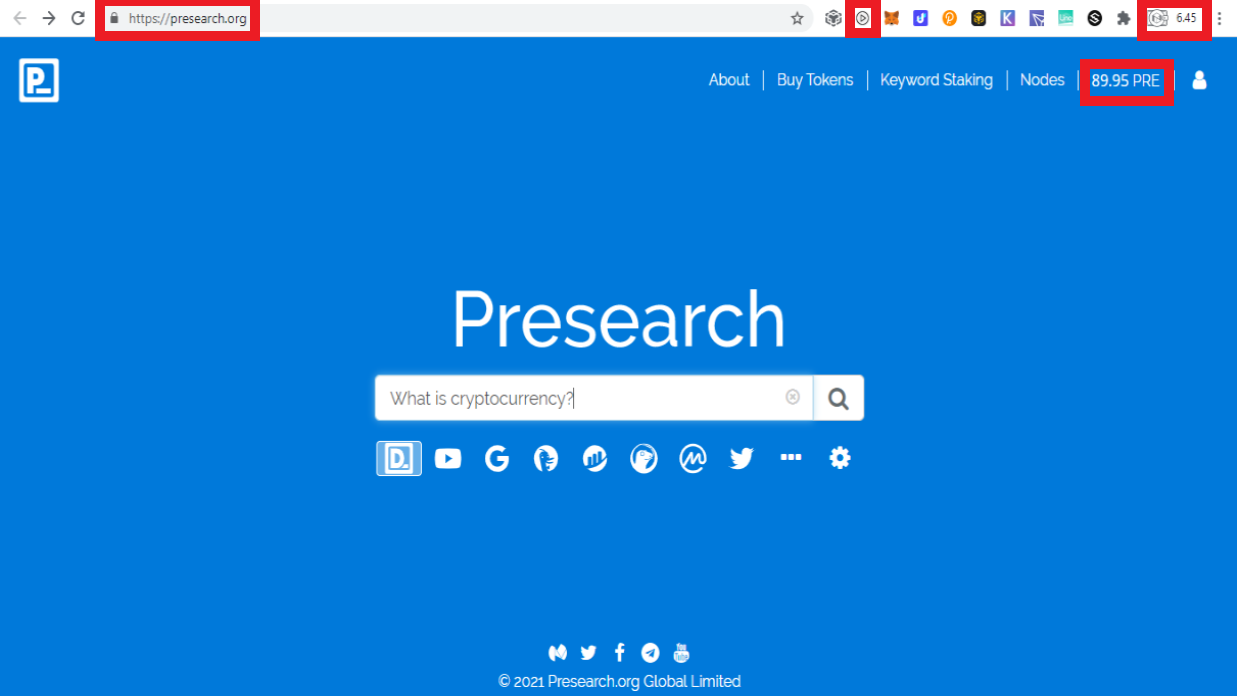 Presearch is search engine like Google, Yahoo, and Bing with difference that it is decentralized and powered by cryptocurrency technology. For new users, it is enough to just know the following information: 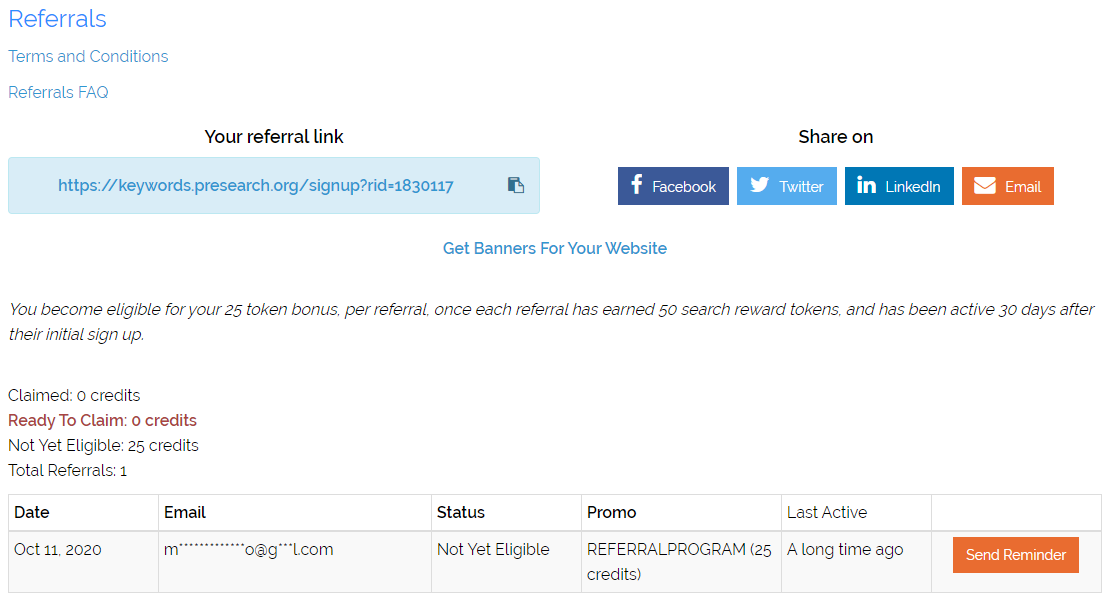 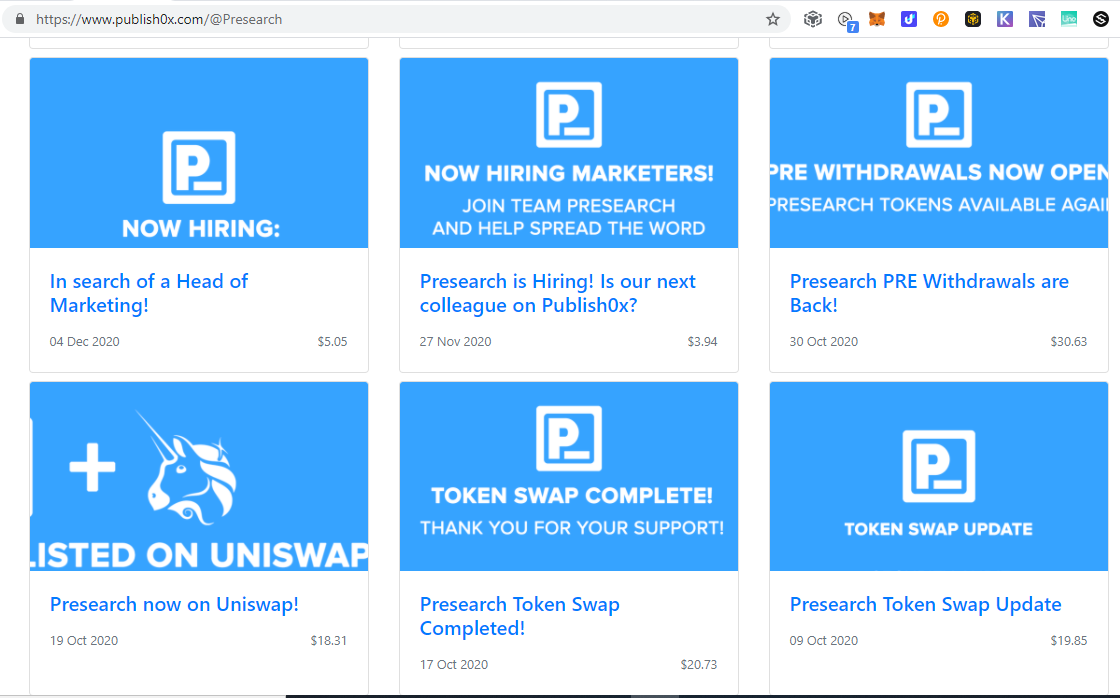 Unless you are planning to invest or to develop, you probably do not need anymore information except that Presearch is to be a decentralized search engine governed by the community. There is no harm in using it and even more you are rewarded with PRE tokens for using it. If you want to invest which is buying the PRE tokens, then you need dig deeper.

My Opinion on Their Integrity 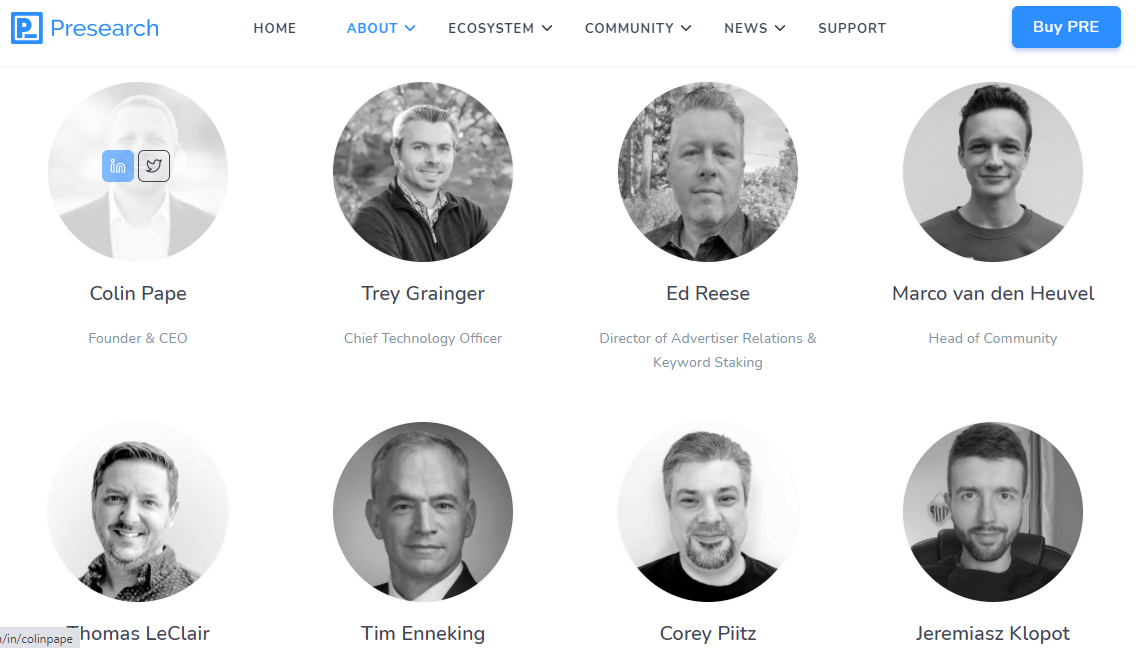 Presearch started in 2017 with one man, then two, then three, the next year became 12, and finally became many (cited from the beginning of their whitepaper). Not only that they survived for 4 years but they also showed growth, they have actual product and thus my opinion is that they are here to stay. Their team web page have their Linkedin accounts showed which is somewhat more trusted accounts in the career ecosystem. While that alone is not enough to put our trust but here some additional information that I found from D&B Business Directory which may help with our investigation: 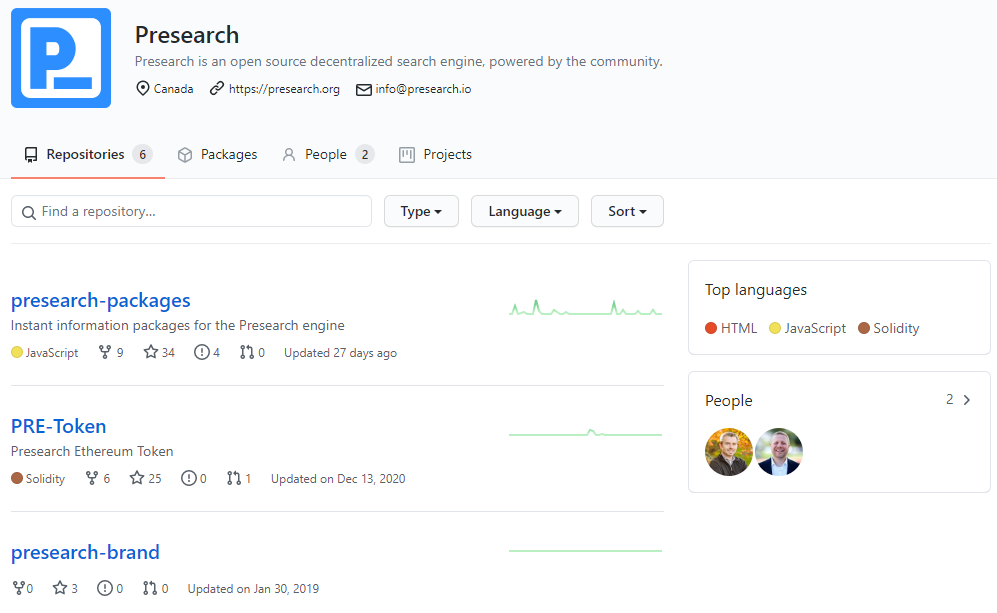 Their engine is not yet open source but they will be they said and they have to be soon if they really plan for further decentralization. For now, there are two codes worth looking at on their Github which are Presearch Packages and the PRE Token Solidity Smart Contract along with its Audit Report. Through Presearch Packages, we can contribute more rich search results for example math package triggered when someone searches for 5 * 10, currency package triggered. when someone searches for two currencies (500 cad to usd), and color picker triggered when someone searches for color picker. For the deployed smart contract is best to see through Etherscan and we can see the holders of the token as well.

Their first step of decentralization is that they allowed us to run nodes with limited functions now. While nodes on giant private corporations like Google are owned solely by them, Presearch now allows anyone to run a node and even rewarded with PRE tokens for the work. When a user search, the user will connect the best node based on latency etc to tell the node to retrive search results. In short, we can start participating in decentralizing Presearch but not all functions are decentralized now but they claimed to be releasing the decentralization in phases.

The naratives alone which are decentralized search engine powered by crypto technology is already enough for people with their pockets filled want a sense of ownership on Presearch by buying its token. If we ask random young investors who invested in Apple and Microsoft stocks, probably most of them does not know about dividends, their right to participate in votings, and the perks they may have if they become a major share holder. Most would answer, it’s just cool owning those stocks and the sense of fulfiness of being part of something big. Today, Preseaarch not only survived for 4 years but also have a well documented roadmap.

However, that is not the only thing about PRE token. PRE token have utilities. Advertisement showing in recent search engines are based on auction of keywords. The highest bidder gets their ads shown. But the problem with centralized search engine is that the auction is controlled by one entity. No matter how transparent they are, they can never beat the transparency of a machine running an algorithm. Thus, the auction by presearch is currently the most tranparent since the method is staking the PRE tokens on certain keywords and let the machine calculate who has the highest stake and then that staker’s ads will be shown on the top. Ideally, the difference between centralized search engine is the custody. In centralized search engine, we deposit our funds to them and unknowingly that we are giving control to them and beg them to place the ads for us. For decentralized search engines, the custody of our coins or tokens should remain with us and we stake our coins to the smart contract to display advertisement and we can unstake anytime and ofcourse we still hold the private key thus ownership is still fully ours even when staking. Unfortunately, Presearch is not at that level yet where the method is still deposit and withdraw in an account. Anyway, the PRE tokens can be used to advertise, to disfavor other advertisements, or to make an ad free experience for users. The process of staking are:

Though we must not forget the very basis of this fundamental that advertisements are useless if there are no users or viewers. All the people I met physically does not use Presearch. If they are not there, how will advertisers be attracted to spend their money to put advertisements? Although the search rewards, the node rewards, and all other basically free token giveaways have negative impact to the price, they are also ways to attract more users, so it is two way or a cycle. Therefore, the front end of the search engine is very important for example, I prefer to use Presearch when writing a cryptocurrency name as a widget is immediately shown from coingecko the price analysis of the coin but when searching for “time in UTC”, I prefer to use Google as it shows immediate the time in UTC.

If I did my research in the beginning of this year, I would have seen the price as very undervalued and I would have dared all in. However, I was too late now that the priced already pumped. Although based on the fundamentals the it can potentially greatly increases. However, Google still one sided dominates the search engine ecosystem based on the number of users which I think is not enough to have big players place advertisements on Presearch. With the price already pumping in this condition, the price will highly likely drop if the bull market ends and when there is no significant growth. While Google is only the cause of stagnancy, the only threat for Presearch is only another decentralized search engine, especially where we can just use Metamask to stake and unstake. For now, my strategy is to DCA $5 - $10 in every consolidation in Kucoin.